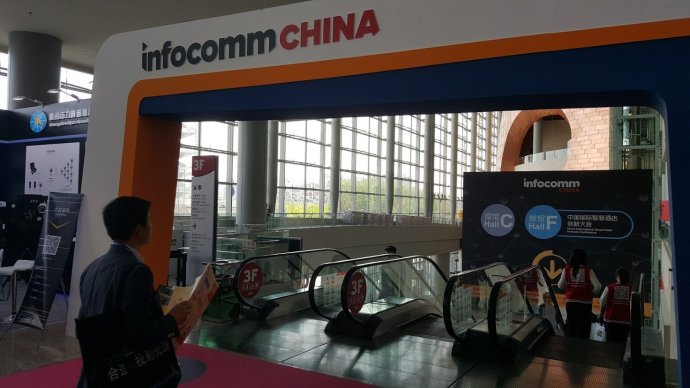 Back from Beijing after several days spent talking and walking at InfoComm China, and waaaay too many hours on my butt flying home.

Thanks first to John Wang and Amanda Sung of IAdea, and the rest of the folks from the Digital Signage Multimedia Alliance (of Taiwan) for working with InfoComm to have me over there. I did a 40-minute session on the rise and rise of data-driven signage. The crowd was heavily Chinese, of course, and my Mandarin extends to hello and thanks, so there was a challenge for the talker and the listeners, But I slowed down, and it went over OK.

Important note if you go to a tech conference, and get invited to dine with a bunch of people from Taiwan. They like to toast at dinner, a lot, and after a few toasts, all those lovely, polite Taiwanese people can out-party a frat house. Holy crap! :-O

InfoComm China is a good-sized show. Not sure how many exhibitors were there, but the show ate a bunch of good-sized halls at the national convention center, which had its start as the broadcast center for the 2008 Summer Olympics. The Bird’s Nest stadium and many of the other venues are all around the trade show hall. The show itself is a wee bit disjointed like ISE, in that there were several halls on several floors, and you could be excused if you never knew some of those halls were even there. There was one in a basement area I had to assume was there to meet a need for the budget-impaired.

InfoComm China has a similar feel to InfoComm in the US, though it is smaller, and the lighting/rigging and (definitely) the worship people weren’t there. It’s no more a digital signage show than InfoComm US is – in that there are definitely vendors around who lead with that, but you wouldn’t say the signage business characterizes the show.

There are, I’m pretty sure, some other trade shows in China more specifically focused on digital signage. There’s this one, though the 2017 site has 2015 stuff, which makes me think, Hmmmm… 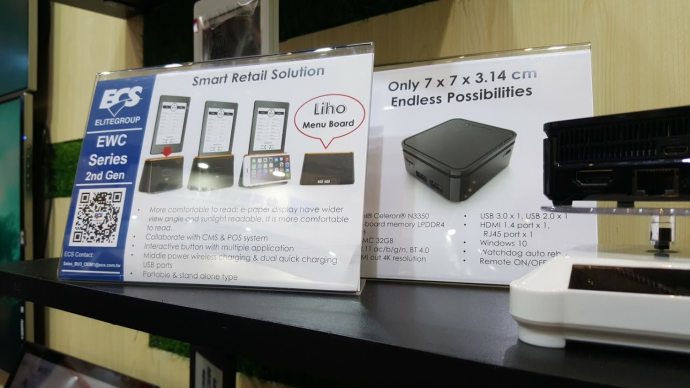 The biggest contingent in the digital signage vertical was the Taiwan group. I met some previously unfamiliar companies like Rapid Signage, which has a number of devices, as well as management software. I met another firm, called Elite Group, that had the beginnings of an interesting E Ink application for restaurants, as well as the teeniest PC I’ve ever seen (cost about $160 and runs Windows 10).

There were, unsurprisingly, a pile of fine pitch LED companies. What’s distinct about the China market is fine pitch LED is not really marketed as a media option, at least not at this show. Most of the vendors – like Leyard, AOTO, Colored, Unilumin and several others – had their giant 1.2mm and/or finer walls showing control room solutions. 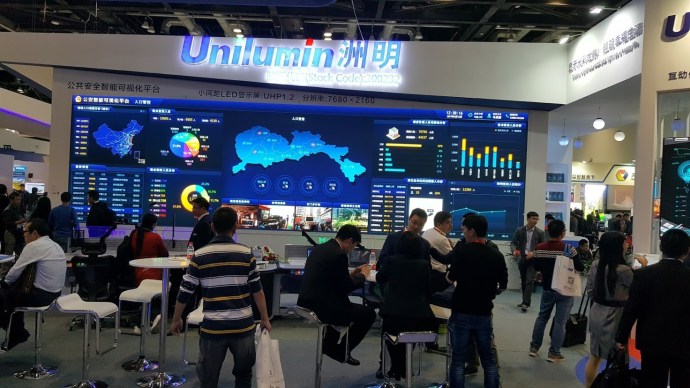 Even at 1.2mm, an LED wall is not going to have the pixel density to look as good as the rear projection cubes that have long been used for control room displays that show dashboards of things like manufacturing and energy plants, and mass transport systems. BUT … these big walls still look pretty good, and would be fine for many control uses that don’t require super-crisp resolutions.

I can’t say I saw much that I hadn’t already seen at other shows this year – NRF, ISE, DSE and now this. The only thing that slowed me down and had me intrigued was that display tech I wrote about earlier that has LEDs embedded in plastic strips that fill the gap between LCDs. It didn’t totally make seams go away on video walls, put it was pretty good. 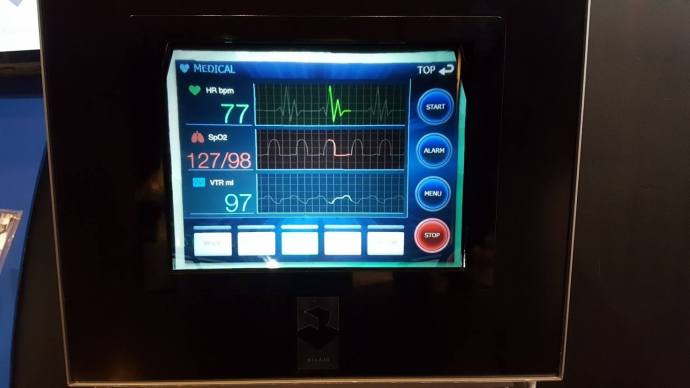 I saw that (not a) hologram reflection thingie from Japan, that was also at DSE. Aska 3D was attracting a good-sized crowd at this show, but in an eye-candy, what is that kind of way. The business case for a screen that kinda sorta floats in front of you is way short of obvious, and I forget the exact price, but even a small unit would buy you a compact car.

However, there was one use case that I was told about and could nominally buy into: a medical imaging and records screen that could be navigated without actually touching it – using this “floating” image and infrared sensors, In a sensitive, sterile medical environment, look-up screens that didn’t actually need to be physically touched might have an attraction. 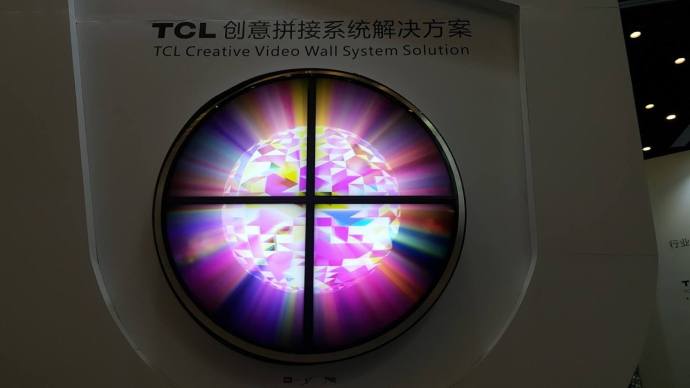 TCL had a quarter-round LCD that I’d never seen before. I looked and unless they were really good at putting some sort of mark over a display that really had four corners, this was an LCD cut with a quarter circle.

So, is InfoComm China something you need to be at?

In the region, sure. But I’m not certain people in North America and Europe need to add this to their trade show rotation as an attendee. The companies in those regions that are sourcing supplier/partners in China are probably coming over here anyway. But … this would be an efficient way to see several companies quickly and also bump into some unfamiliar ones.

It might make sense as a software vendor – as there certainly weren’t many marketing CMS platforms. But the software guys generally know China is a tough market to crack.

My understanding is LED China – in Shanghai in September – is the show to go to, if LED is your thing. I was struck, at this event, by the absence of the mesh/see-thru LED companies. Probably because the crowd here is much more aligned with systems integration work than media or kitting out retail.

LG was there with a substantial booth, similar to DSE in scale and what was shown. I thought I saw NEC. Samsung, Sharp and Panasonic were not there.  I don’t know how these guys work, but was a little surprised not to see AU Optronics or Beijing Oriental Electronics (BOE) there, as they are big LCD panel suppliers.

One other thing … I found a Din Tai Fung, a restaurant chain known far and wide for its soup dumplings. I wouldn’t fly 20+ hours to get soup dumplings, but I’d think about it … 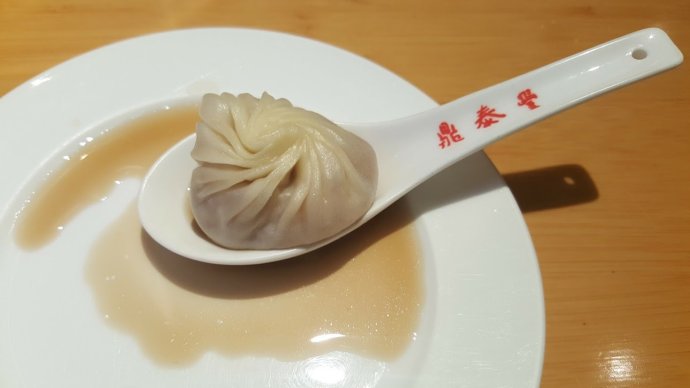